Memory and Aging: Misconceptions and Realities 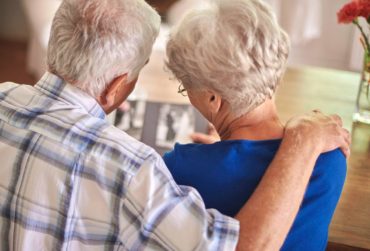 Must we resign ourselves to a poor memory as we age? Research emphatically says we do not.

Actually, the opinion of many in the brain health field is that severe mental decline is usually caused by disease and most age-related loss related to either memory or motor skills results from inactivity and a lack of mental exercise and stimulation.

Misconception: Cognitive decline is a normal byproduct of aging.

Untrue. Our brains do normally shrink as we age and the neural connections, central to learning and memory, can be more easily interrupted. But, this merely suggests that as we age, we become less able to handle distractions as well as we used to.

Although that can mean memorization and recall tasks are not as sharp, such experiences don’t necessarily indicate we are undergoing cognitive decline. So, just because you can’t find your keys doesn’t mean your brain is failing. It just isn’t quite as nimble as it used to be.

Misconception: Brain cells are permanently lost as we age.

Not so. At any age, neurons can be regenerated. In fact, some research claims that the network of “dendritic” branches, which connect brain cells, continue to grow with age and that older brains may even have an edge over younger ones in responsiveness to enrichment activities.

Learning something new is a particularly helpful activity to help regenerate brain cells. Yoga, chess, crosswords, tai chi, a new language, a musical instrument and sculpture are excellent ways to keep your mind and memory in shape.

Nope. Studies have endlessly cited that walking improves memory in older people, including advanced cognitive functions like organization and planning. Exercise may even help to stave off the onset of diseases such as Alzheimer’s and dementia.

The saying “a healthy human being is a human doing” rings true for both body and mind. Now you have a second good excuse to get active.

A board trustee for the Martha & Mary as well as the Village Green Foundation in Kingston, Bobbie Moore has a doctor of education degree in adult education and is a certified management accountant.