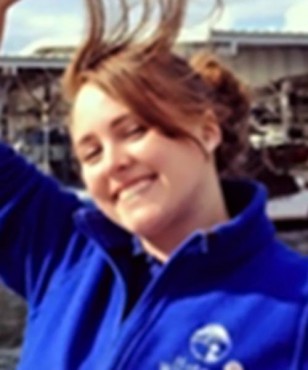 Despite having been born and raised in rural Montana, Stena Troyer has a love for the marine world that was inspired at an early age. On trips to visit family in Washington, she became fascinated with the intertidal zone. She later received her SCUBA certification that allowed her to explore the wonder beneath the surface for the first time. Torn between following her father's footsteps and becoming a dentist or pursuing her childhood dream of becoming a marine biologist, Stena attended Pacific Lutheran University to study biology. As a naturalist with Harbor WildWatch, Stena is thrilled to have an opportunity to share her passion for learning about and protecting the Puget Sound.